Have you heard of lutein and zeaxanthin but not really sure what they’re for or why you may need them? Naturopath Charmaine West explains.

What is lutein? What is zeaxanthin?

Lutein and zeaxanthin are powerful fat soluble antioxidant nutrients. They are part of the carotenoid family (think betacarotene) known as xanthophyll carotenoids.

Carotenoids appear yellow in colour, and they are responsible for many of the colours found in plants, flowers, and animals.

Unlike betacarotene, lutein and zeaxanthin do not get converted into vitamin A in the body. They are incorporated into cell membranes and other lipoproteins in the body.

In the body lutein and zeaxanthin are found in the tissues of the eye, as well as in the blood, serum, skin, cervix, brain, breast and adipose tissue.

Zeaxanthin is what gives the macular tissue in the eye its characteristic yellow colour.

What is the difference between lutein & zeaxanthin?

Lutein and zeaxanthin are known as isomers. This means that they have identical chemical formulas; however there is a slight difference in their structure. This small structural difference alters their function and means that they perform slightly different roles in the body.

Why are lutein & zeaxanthin important?

Lutein and zeaxanthin are the only known carotenoids that are deposited in the retinal tissue of the eye. They are believed to have 2 important functions in the retina.

The first is that they have an antioxidant action, and protect the photoreceptor cells present in the retina from potential free radical damage.

They are also believed to have the ability to absorb and filter high-energy wavelengths of blue light. This is thought to be protective as a reduction in blue light reaching the macula may significantly reduce the oxidative stress on the retina.

Lutein and zeaxanthin thus serve as 'natural sunglasses' that act as a filter for blue light, and may help to preventing damage to the photoreceptor cells.

Lutein and zeaxanthin are not produced by the body and must be consumed through the diet.

Lutein is found in dark green leafy vegetables such as spinach and kale, as well as in corn and egg yolks. Zeaxanthin is found more prominently in orange and yellow foods such as com, egg yolks, orange capsicums, persimmons, tangerines, mandarins and oranges. 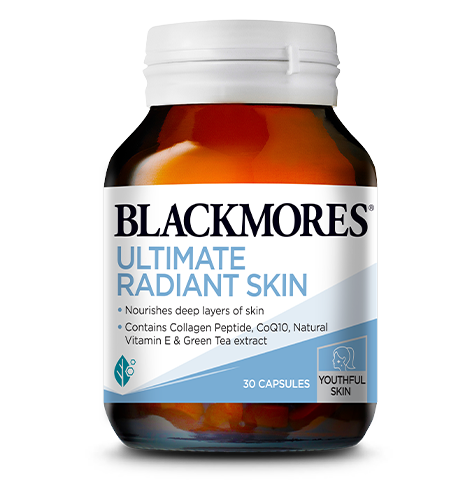 A potent anti-ageing solution that works deep within your skin, resetting signs of ageing from inside out. Clinically proven to reduce fine lines and wrinkles in 12 weeks*, while minimizing enlarged pores. For that enviable glow to outshine your friends and colleagues. 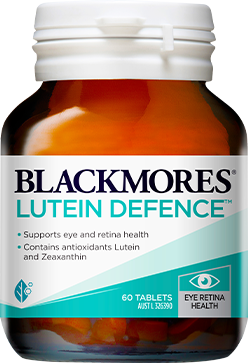 Contains lutein and zeaxanthin which safeguards from the blue light of our digital devices.